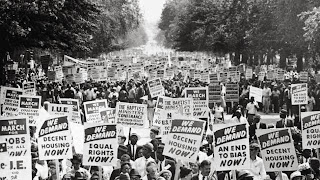 Two things made me ask this question: This week’s televised commemorations of the 1963 March on Washington and watching Lee Daniels’ film, “The Butler”. Where the heck was I when Americans were standing up, putting themselves in harm’s way, marching for equality, making history?

Well, I was twenty years old, a married student going to college at Eastern Michigan University in Ypsilanti, Michigan. Consumed by my own life, I was striving to get by and maintain a household while working toward a Bachelor of Science in physical education and a minor in English.

We did have a television. Every night in the summer of ’63, news footage of the violent confrontations in the South bombarded us a dinnertime. But that was way down there. I was in Michigan, too naïve and removed and involved in living my life to sink my heart and concentration into what played out before me. Today, I am embarrassed by that realization.

But, we all grow and mature to see beyond our own small worlds. When we’ve had life experiences and gain insight, we change. I recognize that the woman I am today would behave differently than that girl of twenty, would pay attention and find the courage to step up and speak out. (“If we knew then what we know now…”)

In 2013, there are myriad causes, beliefs, and values that provide opportunities to show courage. Some are personal, others are on national or global levels. Some of us will remain silent or unconcerned because we think an issue doesn’t affect us. Some of us are just plain afraid --afraid of having our feelings hurt or of hurting others’ feelings. Some of us will take action, no matter how small, that will make a difference. 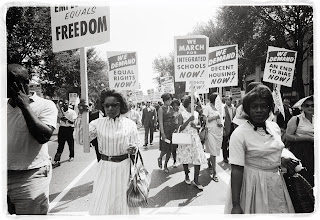 Revisiting the America of 1963 has reminded me of the kind of person I want to be. It has dared me to be courageous. 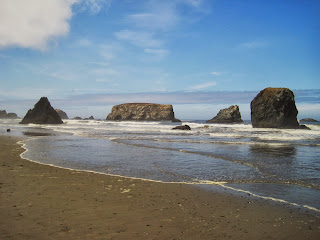 I fell in love with Bandon, Oregon, in 1996 when I rode Big Red up the Oregon Coast on our first long-distance solo ride. That small town captivated me from the beginning with its comfortable, homey atmosphere, the breathtaking beach views, and the welcoming Coquille River Lighthouse.
For two nights, I stayed at the hostel, steps away from the marina where colorful new and aging boats drifted in the breeze. An easy stroll through Old Town Bandon along Front Street, past sea-weathered buildings took me out to the South Jetty by way of a narrow road lined with tall grasses. That’s when I first spotted the lighthouse. I was drawn to that red-roofed building, which stood across the river at the gateway to the ocean. The Light was a beacon for me, calling me into a calm, healing place. 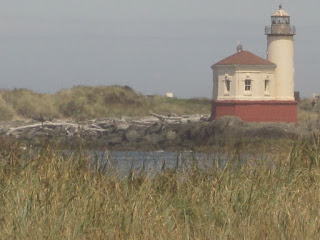 Three years later, I was finishing a Masters in Counseling in Bakersfield. As I prepared for a grueling six-hour written exam, my friend Valerie gave me a piece of advice. “Take a photo of someplace that’s soothing along with you. Set it up where you can look at it occasionally.”

The morning of the exam, I pulled out a photo of the Bandon lighthouse and propped it up against my briefcase. Every now and then, taking deep breaths and massaging my writing hand, I stepped inside that picture. The feel of the ocean breeze and the lap of the water came back to me, and I could almost smell the sea air. Though the immediate situation was stressful, I felt refreshed and calm. 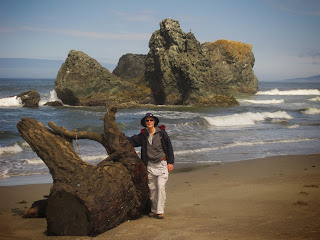 Since making the Oregon Coast my summer residence, I’ve eagerly returned to Bandon several times each year. We love to walk on the beach, and it's one of the coastal gems that we show off to first-time visitors. Sure, there have been some changes over time, but for me, the feel of this town, the lure of the beach, and the beckoning of the lighthouse have remained constant.

What spot away from home holds a special place in your heart?

Posted by Annis Cassells at 8:03 AM 2 comments: Links to this post 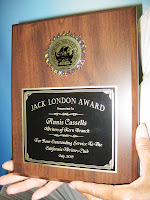 Every two years, each branch of the California Writers Club may select a member to be presented the prestigious Jack London Award. This award recognizes members’ service in furthering the CWC’s goals. For 2013, my branch, Writers ofKern, chose me.

As I sat among friends and fellow writers at the May meeting, I scanned down the Agenda, waiting for the announcement of this year’s JLA honoree. I was stunned when President Dana Martin said my name, and then read WOK's nominating letter. I was touched -- and surprised to realize that what is second nature to me would be perceived as award-winning.


The third weekend in July, Judy and I drove to Oakland, California, where the California Writers Club meets. Arriving early on Saturday afternoon, we thought we'd do a little exploring.  We took the BART into downtown Oakland and walked to Jack London Square. 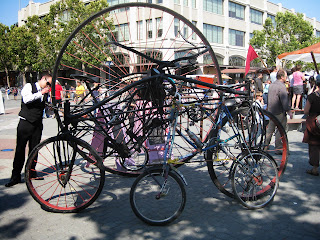 Pedalfest, a celebration of all things related to bicycles, was in full force. Soon we were surrounded by hundreds of bikes and cyclists. We strolled through the festive booths, shooting a few photos then settled at Kincaid’s for a lovely dinner by the Inner Harbor.

On Sunday, at a special Jack London Awards luncheon and entertaining program, I felt proud to stand with other writers from all over the state who were also honored. 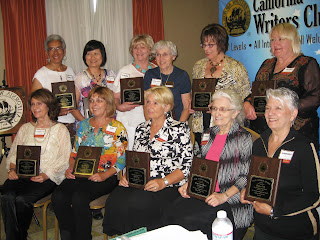 Becoming acquainted and sharing ideas with different CWC members was fun and instructive. I found that though our experiences varied, we have common goals for our organizations. (See the California Writers Club website to read recipients’ bios or nomination letters.)

Receiving the Jack London Award was a special occasion and honor that I will always treasure. 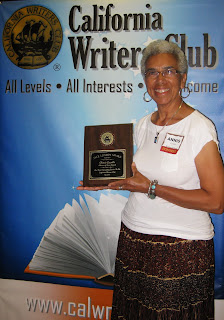 Posted by Annis Cassells at 12:25 PM 12 comments: Links to this post