Where were you on January 6th? 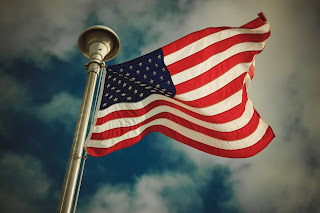 A pleasant January morning with a soak in our hot tub followed by a leisurely breakfast rapidly turned ugly. Afternoon in Washington DC, the undeterred rampage by thousands of insurrectionists on the U.S. Capitol building and democracy unfolded right before our eyes. It was a window into way too much of America.

An unruly mob—rioters who represented nearly half of American voters—paraded through the Rotunda waving Trump flags, confederate flags, white supremacy flags. Fired up by the President at a pre-march rally, they converged on the Capitol with a purpose: to disrupt, take over, create chaos, and instill fear.

And they did. Our stomachs roiled as we witnessed the scene. We feared for the Senators, Representatives, and their staff, for all the building’s government workers. And, we feared for the government itself as we watched this mob’s brand of “patriotism”, their absolute assault on democracy.

With the passage of a few days, we’ve learned of the five deaths that occurred on the Capitol grounds and the arrest of a number of rioters. We’ve heard the false-sounding remorse of a few folks who “made a bad decision” by being there.

But this should be far from finished. Relentless investigation, diligent apprehension, and vigorous prosecution must take place. And the President must go.

We Americans horrified, saddened and angered by the actions of some of our fellow countrymen and women on January 6th must do something, too. We have to stand our ground that these behaviors and attitudes are intolerable. Reluctant to “cause a problem” or create discomfort, we silence ourselves, and that silence is taken for agreement. We need to muster the courage to speak up.

We are obliged to press our government representatives who have upheld and joined in perpetuating the lies that incited these rioters and have made a mockery of democracy. We have to hold them accountable until we can vote them out.

Though these are difficult and scary times, we must persevere. As Maya Angelou said, “Having courage doesn’t mean that we are unafraid. Having courage and showing courage mean we face our fears…” We must have the courage to speak out and to hold those perverse Representatives’ and Senators’ feet to the fire and not let the embers of what we saw, felt, and experienced die out.