“It is in the shelter of each other that the people live.” – Irish proverb
Facebook and other social media are well-known for connecting people, some of whom may not have been in touch for many years. I like being able to keep up with what’s going on in family and friends’ lives, recount memories, play a friendly word game and give opinions.  When distance and time are factors, these online methods work just fine for awhile.
Then I realize I need more. I need to hear my friends’ and family’s voices and stories, get a hug, share a meal. I need to see their faces and have a physical connection. I want to pick up on their vibes. 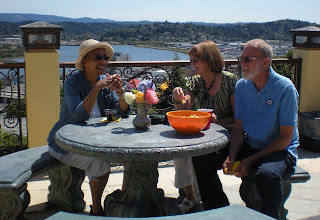 It’s also a matter of being selfish because those connections lift me up. Research has shown that staying connected with people who are important to us has a direct, positive effect on our health and well-being.
During tough times, having people to rally around us, share ideas for solutions to problems and bolster our spirits makes a huge difference. We are healthier and more rational, optimistic, and productive when we take care of ourselves by connecting with others. 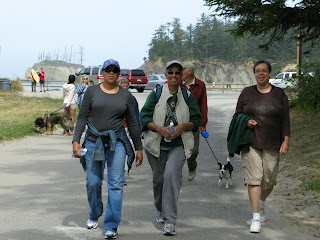 Is it time to touch base with family and friends? Pick up the phone, schedule a get-together, or plan a reunion. We all feel the sunshine when we give shelter to each other. 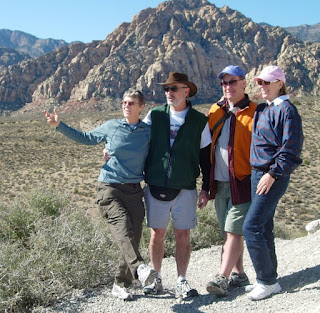 Posted by Annis Cassells at 6:11 PM 3 comments: Links to this post

March is Women's History Month, and I've been thinking about the women in my history who have made a huge impact on my life. While there have been a number of influential, outstanding women, three teachers come immediately to mind.
Of course, there's my mom, Ruth Cassells, affectionately known as Ms. Ruthie. She was my first teacher and an outstanding example of strong womanhood. I'm sure that without her patience and wisdom, added to the pure giving of her time,  I wouldn't be anywhere near the woman I am today.
Sophia Holley was my 10th grade biology teacher at Detroit's High School of Commerce back in the late 1950s. She was the first black woman I knew who had traveled and studied in Europe, and she could speak German!  Ms. Holley extended her friendship to me and became a mentor. She saw to it that I became enrolled in a summer science project, which exposed me to an excellent opportunity for special studies and inclusion in an elite group of fifty promising high school students. What a boost to my self confidence.

Sophia also taught me an important lesson about using a thesaurus when she reviewed my college application. I had used ostentatious $10 words found in the thesaurus when the one-dollar variety were best for the ideas I wanted to convey. From then on, when writing, I made sure to check the dictionary along with the thesaurus.
Debbie O. Hancock served as Dean of the School of Education at California State University, Bakersfield in the 1980s. I was lucky enough to be enrolled in the one reading class that she taught each quarter. It was Debbie who expanded my knowledge of reading and teaching with her consummate skills. She encouraged me to apply to the annual California Reading Association conference for my first professional speaking engagement. Since that first time, many workshops, seminars, and speaking opportunities have followed.

And, after I earned my masters in reading, Debbie recommended me for an adjunct instructor position at CSUB, teaching the content area reading class for single-subject credential students. It was gratifying to show these prospective teachers how to include reading instruction in their lessons so their students could more readily absorb the subject matter.
All of these women are part of my history, sculpting and altering and improving my life. It's my honor and privilege to know them. Who are the influential women who've helped shape your life? Let's acknowledge them this year during Women's History Month.
~ xoA ~
Posted by Annis Cassells at 9:25 PM 5 comments: Links to this post

Thomas L. Cassells, Sr.
October 6, 1917 - March 14, 1972
He was there for my first bath --GAVE me my first home bath. He took me for my first swim in the Detroit River, urging me to “just jump in and move your arms like this,” as he demonstrated the free-style stroke. Years later, he gave me driving lessons alongside that same body of water. My sophomore year, he couldn’t wait until Christmas so he surprised me with a portable typewriter one day in October when Mom was out shopping. He smiled broadly when my first daughter was born and said, “You did good.” When my second daughter came along, he was delighted again.
As a teenager, I was mortified. His jokes were corny. He sang old-fashioned songs off key. The man wandered around the house in boxer shorts, wearing shaving cream on his face, as if waiting for his beard to grow! Getting permission to go out two weekends in a row was out of the question.
When I became an adult and then a parent, I began to understand him. His teachings, strict rules, and often stern demeanor were for our safety. He wanted us to become upstanding, respectful people. He loved us enough to be a parent instead of a friend. And, though he didn’t say the words much, we knew he loved us.
We lost Dad way too soon -- when Tom, Reenié, and I were just beginning to blossom into the young adults he’d primed us to be. But, he is with us every day as the lessons he taught us come to mind or we remember and quote some of his sayings. We often remark that he was a man ahead of his time, and today we know how lucky we were to experience childhood under his roof. Thanks, Dad.
~ xoA ~
Posted by Annis Cassells at 8:52 AM 15 comments: Links to this post


Listening, not imitation, may be the sincerest form of flattery.
-- Dr. Joyce Brothers
In our daily communications, we spend nearly half of our time listening.  Yet, people often complain that “nobody’s listening” – and too often that is true.  Good listening is powerful in aiding human relationships and necessary for real communication to take place.
When we feel as though we’ve been heard, been listened to, we love the listener who has embraced us and our thoughts and feelings.  We connect and feel understood, and we develop trust and mutual respect. Our confidence and self-esteem get a boost, and we feel empowered.
How do we know when people are listening to us? We have eye contact, and they are focused on us -- not on their cell phones, the newspaper, or the television. They are nodding or responding appropriately. They are asking questions to gather more information or to clarify. They do not interrupt us. We feel heard, and it feels good.
One person whom we truly need to listen to is ourselves.  Too often, that’s the person we discount, the one whom we pass over in search of someone else who will tell us what we want, what we need, what we think, or how we should proceed.  But, inside each of us is the capacity to think, to answer our own questions, to decide what path to take.  We just need to listen to our inner voice.
Question of the day: Who is it that listens to you, and how do they let you know they hear you?
~xoA~
Posted by Annis Cassells at 5:29 PM 4 comments: Links to this post

Just say "I love you"

"I love you." These three powerful words are often left unspoken. But, when they are spoken, something happens to both the sender and the receiver. I notice that, whether I'm saying them or hearing them, these words said aloud make me happy.

Recently, I hugged a relatively new friend goodbye as we departed a meeting and heard myself say, "I love you."  The words had just come out spontaneously. Then I thought about it. I love her spirit, dedication, and sense of life; these are part of who she is. So, yes, I do love her. Saying the words brought it into focus.
Why are we reluctant to say "I love you"? Maybe it's fear of being misunderstood, vulnerable, or rejected. Maybe it's that we're unaccustomed to expressing our feelings. Those of us who grew up in the mid-20th century knew that we were loved, but we rarely heard the words. Today, many of us feel it's important to use them as a verbal confirmation of our feelings.


We may wonder whether "I love you" will lose its meaning since it's spoken so casually and frequently these days. Often at the end of a phone conversation with the children: "I love you." Then the seemingly automatic response: "I love you, too." I think the feeling and meaning will stand, especially if the phrase is also said with sincerity, face-to-face at other times. 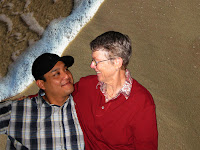 When I'm gone, I don't want to have any "I Love You's" left unsaid, none languishing inside when they could be out in the universe warming hearts and bringing smiles. I want to be sure that the folks whom I love know it, hear it, feel it. I want my children, partner, friends, and relatives to know they are loved and cherished. That way, all of us win -- all of the time.
So, who have you told lately that you love them?
~ xoA ~
Posted by Annis Cassells at 9:22 AM 5 comments: Links to this post