New names, new faces, and new knowledge pop up on our television screens and Facebook and Twitter feeds each February. It’s Black History Month. These 28 days, we can subscribe to receive daily emails and listen to podcasts that inform us about people and events we’ve never heard of before. It’s a time of discovery. That’s both the beauty and the pity.

Black History is American History. The pity is we should have heard and learned about this stuff before. In school, in books, and in movies. It could have been passed down from our parents and grandparents—had they learned it. 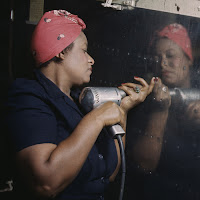 Honoring and celebrating one’s heritage is exciting and uplifting. When Dr. Carter G. Woodson and a few of his associates began Negro History Week in 1926, their intention was to bring the history as a way of instilling pride, as well as knowledge, in the Black population, particularly school children, by telling the stories of the heroes in their ancestry. Woodson also felt we needed to focus on the countless black men and women who had helped elevate civilization.

Woodson advocated for study throughout the year, with the week in February being the culmination. He saw it as a celebration showcasing what folks had learned all year. Negro History Week became popular in some southern states, so Woodson and his associates went about making it happen. They set a theme* for the annual commemoration, and provided study materials—pictures, lessons for teachers, plays for historical performances, and posters of important dates and people.

As early as the 1940s, Blacks in West Virginia expanded to celebrating the entire month of February.   Beginning in Chicago in the 1960s, month-long celebrations began to spring up. Later in the decade, as young blacks on college campuses came to recognize our links to Africa, Black History Month began to quickly replace Negro History Week. Every American president since 1976, from both parties, has issued proclamations endorsing Black History Month’s theme. (That’s correct. I checked on the last guy who held the office.)

The beauty is today we have access to an abundance of information and myriad ways of disseminating it. Everyone can study and be exposed to the history in lessons, photos, graphics, and by video and audio. This means anyplace that depicts American History can weave in Black Americans and the roles they played.

Each day, we wake and walk in history. When the stories of Black, Indigenous, and People of Color are meshed with those of Whites, everyone will be seen for their contributions to this nation’s story. All people will be in the picture, rightfully visible, celebrated and accountable for the United States’ successes and failures and status quos. That’s when we will truly have diversity, equity, and inclusion— a condition that enriches us all and a United States that can only be deemed “a more perfect union.” 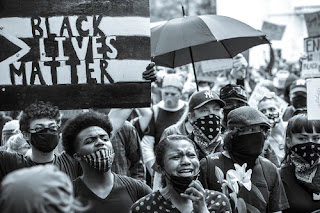 Photo by Rom Matibag on Unsplash

*The 2021 theme is “The Black Family: Representation, Identity, and Diversity”. Future and past themes can be seen at https://asalh.org/black-history-themes/ 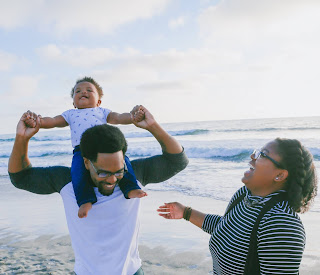 Photo by Larry Crayton on Unsplash

Annis Cassells
Life coach, speaker, writer, poet, teacher. Member of Writers of Kern, a branch of the California Writers Club. Sharing ideas and poems and stories that may make my day and yours. Author of You Can't Have It All: Poems Contributor in ENOUGH "Say Their Names..." Messages from Ground Zero to the World